We stayed with our friend, Devin, from Oregon now living and working in Panama as an engineer building bridges.
Engineer and bridge builder extraordinaire , Devin Connell is from the small town of Sandy, Oregon on the outskirts of Portland. When I met with him in Santiago, Panama and asked him if he knew when he was young that he would grow up to be a super hero building bridges in Panama, he just laughed and said, "I knew I wanted to be an engineer, but I wanted to do something a little different with it."

Devin lives in central Panama in Santiago, but his job as Program Manager working for Bridges to Prosperity, an NGO with headquarters in Denver, Colorado, takes him to all corners of the country. Bridges to Prosperity provides access to health care, education, and markets to isolated communities around the world in the form of a pedestrian foot bridge. After spending a few days with Devin driving to a job site where a bridge is being constructed over a deep and wide river cut into the thick Panamanian jungle, it was obvious that in the rainy season, this river would be unpassable for most people living on the other side. Devin and his team which includes a program engineer, coordinator, two engineering fellows, four to six masons and anywhere from 40-50 local volunteers, work together with local governments and communities to build about 5-10 cable bridges a year around Panama, all the while training federal and local governments on how to construct and maintain the bridges in the hopes of phasing out the need for Bridges to Prosperity. 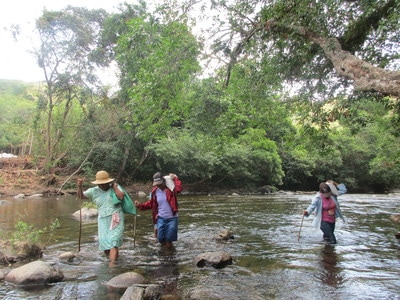 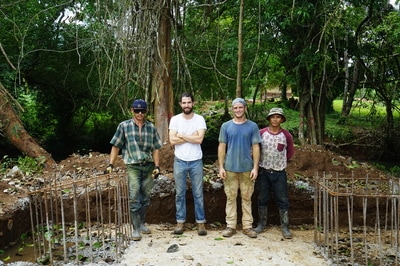 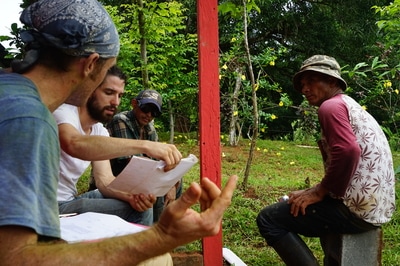 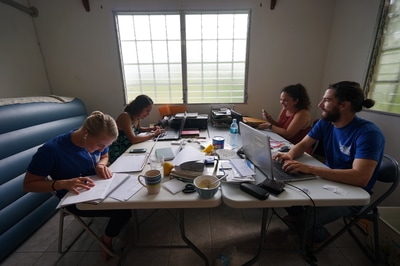 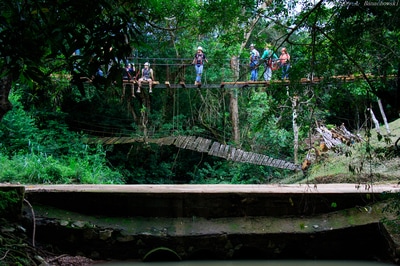 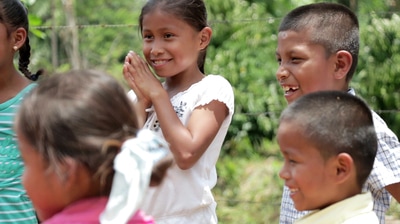 "This truly is my dream job. Now that doesn't mean it's easy. It is the hardest and most frustrating job at times, but it is also the most rewarding," laughed Devin when we chatted over cold beverages in the humid afternoon heat. "Unselfishly, I wanted to use my education, knowledge, and skills to help others. For selfish reasons, I wanted to do something more with my day than sitting inside an office." Devin explained that independence is what keeps things interesting within the job. Every day is different and truly unknown and while working with governments and communities within Panama, you have to be on your toes and ready to change your weeks plans at a moments notice.

After graduating from Portland State University with a degree in Civil Engineering, Devin said he spread his search for jobs as far in every direction and applied for as many jobs as possible. Knowing he wanted to find a job like the one he now has with Bridges to Prosperity, but lacking the necessary skills, he landed a job in Bend, Oregon and then Portland and put in a few years with engineering companies before applying for this job. He said he was under qualified with not enough years under his belt when he applied, but didn't let that stop him from applying and landing the job. 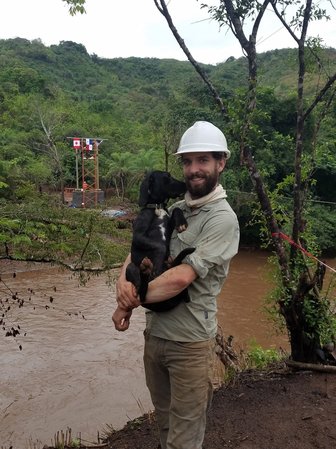 "Put yourself out there, take risks, even if your under qualified, you lose nothing in applying," he urges others. "These job outlets exist outside the US, they are just harder to find." Admittedly, most of us think of only volunteer or grossly underpaid jobs when we think of working in trained fields doing something we love while helping others. Not true. Bridges to Prosperity is in six different countries around the world and only one of millions of jobs and companies out there offering similarly self rewarding jobs and careers. And similar to Bridges to Prosperity, there isn't necessarily the normal channels within an enclosed company, allowing for more creativity, ingenuity and team building where the end goal is within reach.

​Some of the challenges or barriers to a job or career abroad may be those things that take you away from your known comforts; sporadic WiFi, electricity going out, may need to filter water, language differences, distance from family or social networks. Not to fret, there will be friends to gain, languages learned, tolerance, acceptance, patience and the gain of appreciation for what you do have. And at the end of the day, "Working with others to produce something helpful for people, there isn't anything out there better than that."